By Liam McAuliffe Published on October 11, 2022

Zinc is an essential mineral. In nutritional language, “essential” means that we need to get zinc from the food we eat in order to remain healthy. High zinc foods are the best way to get the zinc you need.

Zinc is required for the proper function of over 300 enzymes. And it plays a vital role in maintaining a healthy immune system, metabolizing nutrients, and growing and repairing body tissues. It’s also proven protective against various diseases and disorders.

How much zinc do I need? If you’re eating a diet high in animal-based whole foods, including red meat, eggs, and full-fat dairy, you’re probably getting plenty of zinc.

However, elderly people, pregnant and breastfeeding women, and people with gut conditions may need more.

Plant foods, including some legumes, grains, and seeds, are touted as providing high amounts of zinc. However, this zinc from plant sources is far less useable.

This difference is due to the presence of antinutrients, including phytates and lectins, that bind with zinc and inhibit digestive enzymes.

Below is an image of the sticky, mineral-binding protein known as lectin. For this reason, our list includes only animal food sources, since these are the only zinc foods that provide reliable useable zinc.

Here’s our top 10 list of foods high in zinc. Below you can learn more details about the nutrition of each. Oysters are enjoyed for their briny flavor and subtle textures, yet they are also one of the most nutrient dense foods on earth.

And a major component of their nutrient abundance is their remarkably high zinc content.

Just 100 grams of raw eastern oysters provide 90.8 mg of zinc for 825% of your RDV. Though zinc is rarely overertly toxic, the USDA suggested upper limit is 40 mg, so it’s best not to eat oysters too often. Ribeye steak is so loaded with a complex of macro and micronutrients that it’s entirely possible to thrive on an elimination diet of ribeye, water, and salt.

In addition to zinc, ribeye is a fantastic source of healthy saturated and monounsaturated fatty acids. King crab is also a decent source of magnesium (64 mg, 15% RDV) which can be challenging to get in sufficient quantities on keto and carnivore diets.

Additionally, crab provides an abundance of various other important nutrients including  vitamin B12 (479%), copper (131%), and selenium (73%), One of the only bugs worth eating, these crustaceans were once fed to prisoners but are now a rather pricey delicacy. In addition to zinc, lamb is nature’s most abundant source of a highly beneficial fat known as conjugated linoleic acid (CLA).

CLA has also been shown to inhibit the growth of cancer and tumors in the stomach, prostate, breast, and liver. [6]

Ground beef is often overlooked as a health food, but the truth is, hamburgers are loaded in healthy macro and micronutrients. Lamb liver, like many organ meats, is an incredible source of various nurtriens, and zinc is no exception.

But where lamb really shines is vitamin B12, with an amazing 3750% of your RDV–but don’t worry, you can’t overdose on B12. Your body stores excess vitamin B12 in your liver for later use.

Lamb liver is also one of the most abundant sources of vitamin A (retinol) at 832% per 100 grams. If Alaskan crab legs prove too expensive, you can enjoy your dungeness crab cakes with the knowleddte that you’re getting a solid dose of zinc. 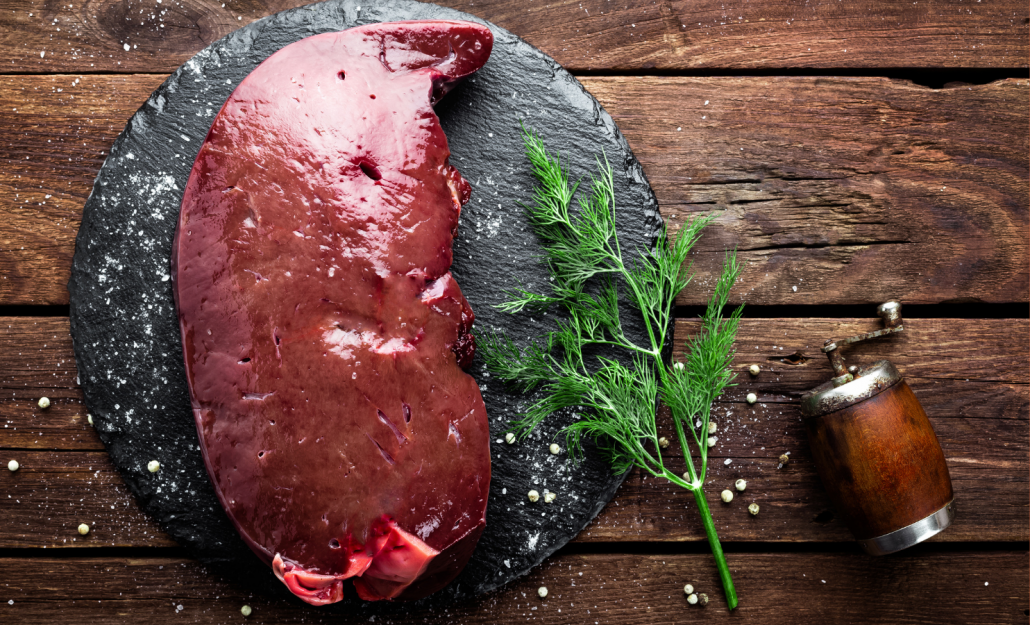 Beef liver is also famous for providing an, as yet to be identified, anti-fatigue factor.

A 1975 study subjected three groups of rats to swimming tests. The first group was fueled by liver. The second, by B vitamins, and the third group got normal food.[8]

After being fed for a few weeks the animals were put in a drum of cold water and literally forced to sink or swim.

The rats with no supplementation swam for an average 13.3 minutes before giving up

The group on vitamin B swam for an average of 13.4 minutes.

And the liver-fed rats? Three of the twelve swam for 63, 83, and 87 minutes respectively. The other nine liver-fed rats were still vigorously swimming at 2 hours when the scientists decided to end the test.

If you’re not a fan of the flavor but want all the benefits, you can always opt for a desiccated liver supplement. They’re tasteless, odor-free, and fit in the palm of your hand.

Fresh pork spare ribs are among the most scrumptious foods out there, and they’re also surprisingly high in nutrients, including zinc, with 4.6mg (42% RDV) per 100 grams.

They also have over 30% RDV of b1, b2, b3, b12. While pasture-raised pork that is allowed to wallow in the sunshine is a good source of vitamin D.

Foods High in Zinc: The Takeaway

Zinc is an important nutrient that plays an essential role in numerous bodily functions, from bone and heart health, to immune function and fertility.

Since your body does not make zinc on its own, it is critical that you get enough zinc from the foods in your diet.

Though both plant and animal foods contain zinc, the zinc in plant foods is far less useable in the body. Therefore it is best to rely on whole animal foods for your zinc needs. f

In addition to zinc, the foods on this list provide an abundance of vital macro and micronutrients and deserve a place at the center of any healthy diet.