Jordan Peterson is an influential Canadian psychologist who practices and promotes a carnivore way of eating that his followers call the “Jordan Peterson diet.”

Eating an all meat diet sounds radical when viewed from the perspective of mainstream nutrition that preaches variety and plant-based foods. But a wealth of scientific evidence supports the view that human physiology is designed to thrive on a diet of fatty meats. In fact, numerous lines of historical evidence tell us that humans ate mostly meat for the vast majority of our evolution.1

Viewed from this perspective the “Jordan Peterson” diet is an approach to aligning our physiology with the ancestral foods that humans evolved on.

In this article, we’ll break down the Jordan Peterson carnivore diet, and look at the science behind it.

What is the Jordan Peterson Diet?

Where the Jordan Peterson diet diverges from the mainstream approach to carnivore is that it has two stages.

The first part of the Jordan Peterson diet, is the elimination phase which calls for at least a 2 months just meat, water, and salt. This approach to carnivore is also called the Lion Diet, or carnivore elimination diet.

After two months on the elimination diet, Peterson added in greens to create what he called a modified carnivore diet. He practiced this second stage for over a year.

Dr. Kiltz’s Take
Adding greens is a controversial approach since greens can be high in plant toxins like oxalate that contribute to the autoimmune disorders that a carnivore diet is intended to resolve.

The Origins of the Jordan Peterson Diet?

The carnivore diet became synonymous with Jordan Peterson when he spoke about his positive experiences of going all meat during a 2018 episode of the Joe Rogan Experience–the world’s most popular podcast.

Peterson was first introduced to the benefits of a carnivore diet by his daughter Mikhaila. By the time she was 22, Mikhaila had been diagnosed with rheumatoid arthritis, bipolar disorder, hypersomnia, Lyme disease, psoriasis, and eczema. She credits carnivore for sending all of these diagnoses into remission. After seeing Mikhaila’s transformation, Jordan Peterson tried the diet himself. To begin the diet he followed the strict lion diet elimination protocol for two months. Then he practiced a very low-carb “modified carnivore diet” consisting of only meat and greens for a year.

Peterson told Joe Rogan, “I lost 50 pounds. My appetite has probably fallen by 70%. I don’t get blood sugar dysregulation problems. I need way less sleep…my gum disease is gone. Like, what the hell?” Peterson also reported that his anxiety and depression disappeared and that he gained more mental sharpness.

Jordan Peterson is one of the growing ranks of influential health professionals including Robert Kiltz, Shawn Baker, and Paul Saladino, who have personally adopted versions of the carnivore diet, recommended it to their patients and witnessed the benefits.

The Importance of Fat on the Jordan Peterson Diet

It is important to note that a carnivore diet is essentially a keto diet, which means consuming high-fat, low-carb, and moderate protein.

To make sure you’re getting enough fat, select the fattiest cuts of steak supplemented with other fatty keto meats. If you don’t eat enough fat on keto you run the risk of protein poisoning.

In fact, researchers like Amber O’Hearn suggest that humans are not just carnivores, but “lipivores,” with a uniquely human predisposition towards consuming and thriving on animal fats.

Evolutionary Foundations of an All Meat Diet

People who practice the Jordan Peterson diet support their approach with research showing that this way of eating accords with human dietary evolution.

Humans evolved away from our primate ancestors by first scavenging fatty bone meats. This abundance of brain-specific nutrients fueled the rapid growth of our brains. Soon we were smart enough to coordinate and use hunting weapons to take down extremely large prey.

This development occurred during a period in which mega-fauna–giant fatty animals–roamed the earth. We became such adept fat hunters and eaters that humans are largely responsible for the fact that nearly all megafauna went extinct. 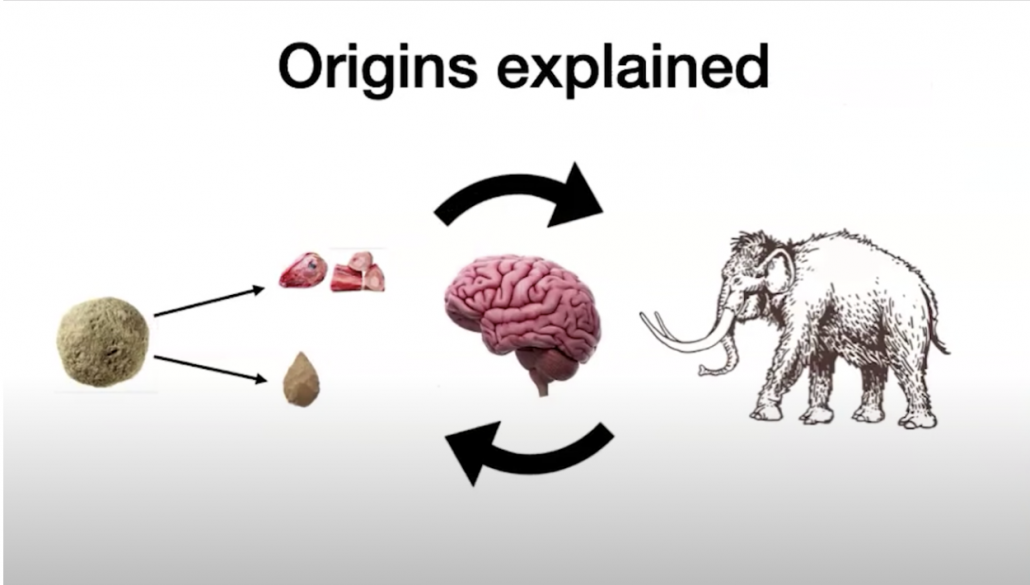 We modern humans still bear our ancient physiology formed through this intimate and nourishing relationship with fatty meat: 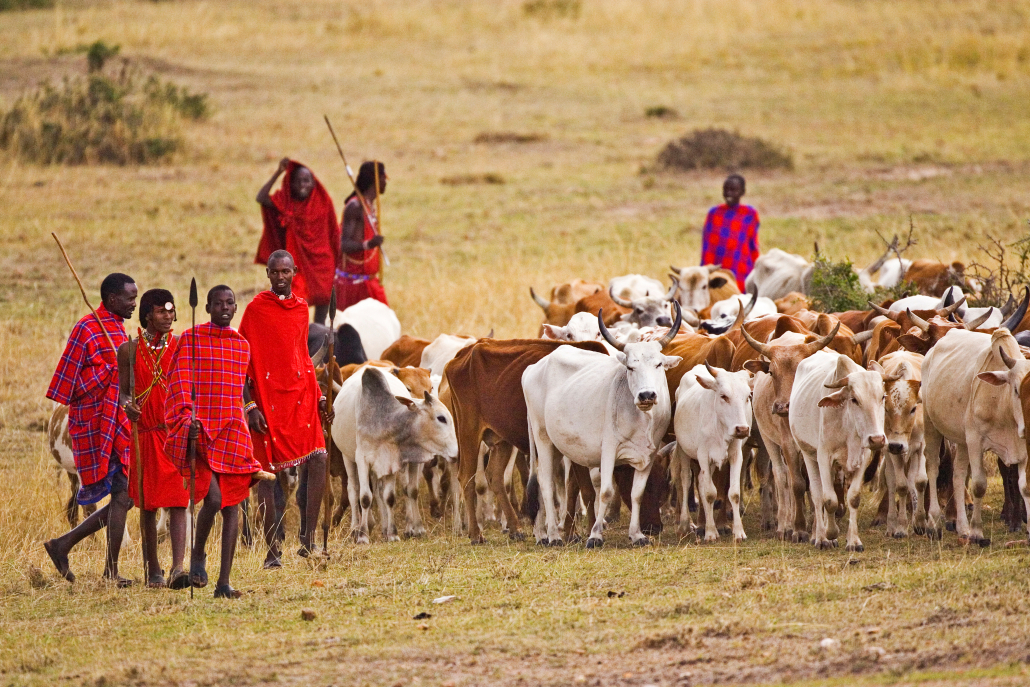 Though much of the study on human carnivory is rooted in our prehistory, examples of traditionally carnivorous peoples still exist.

Traditional Masai men eat nothing but meat—often three to five pounds each during celebratory meals—along with blood, and half a gallon of full-fat milk from their Zebu cattle. That’s the equivalent of a half-pound of butterfat.3

Likewise, the Samburu people average a pound of meat and drink almost two gallons of raw milk each day for most of the year. That is the equivalent to one pound of butterfat per day.

While shepherds in Somalia consume a gallon and a half of camel’s milk each day, also equivalent to a pound of butterfat. Each of these tribes gets more than 60% of their energy from animal fat, and zero to low calories from non-animal products.4

The Inuit of the Canadian arctic thrived on seal, walrus, whale, and fish.3 The above populations all showed remarkably good markers of cardiovascular health and extremely low incidences of the diseases of civilization including diabetes, osteoperosis, cancers, and heart disease.5

The ravages of a high-carb Western diet were tragically visited upon the Inuit. After contact with the West, from 1955-1967 refined carbs went from 0-50% of their caloric intake. This resulted in widespread incidences of heart disease and dental caries (cavities).5

Dr. Kiltz’s Take
Next time you hear a journalist quoting an incensed Western doctor spouting–with zero evidence–about how we need carbs and fiber, just know that it’s deeply biased, ignorant of the evidence, and downright dangerous.

Should You Do the Jordan Peterson Diet?

The Jordan Peterson diet is an early approach to carnivore eating that has a lot going for it.

However, it lacks some important details, namely how critical it is to eat fatty meat.

There are more sophisticated, realistic, and sustainable approaches to high-fat low-carb meat-centered eating.

Focusing your diet on these animal-based whole foods dramatically reduces inflammation, protects you from the ravages of carbohydrates, eliminates exposure to plant toxins, and nourishes every cell in your body with healthy fats and essential nutrients.

Benefits of A Carnivore Diet 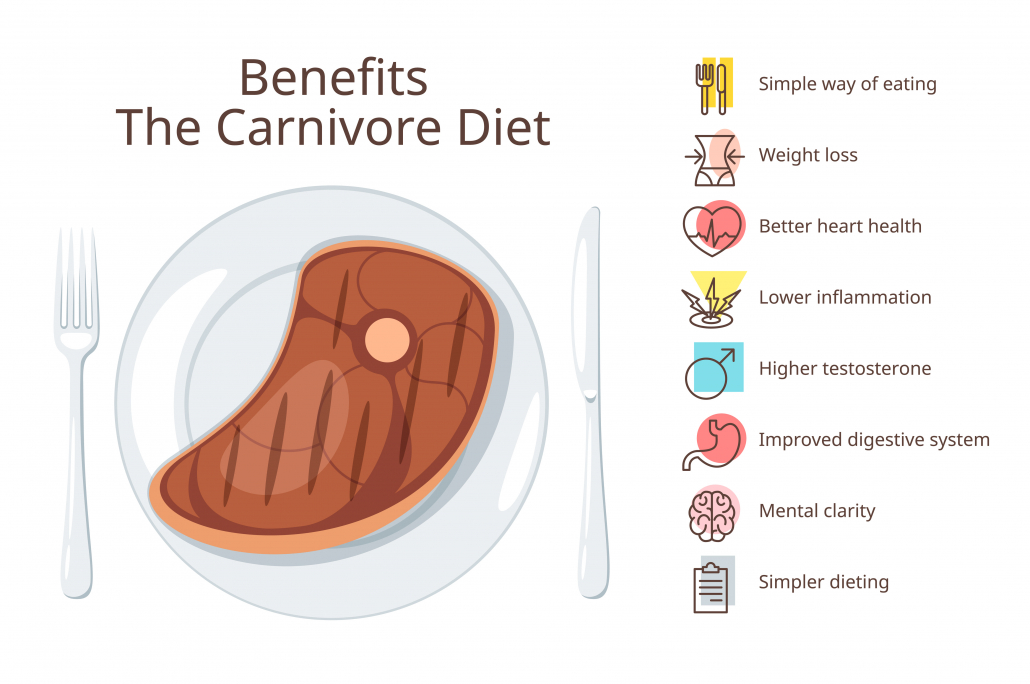 In 2021 Harvard University researchers Dr. Belinda Lennerz and Dr. David Ludwig ran a study that examined the effects of a carnivore diet for 2,029 people over 6 months. [4] The benefits of an all meat diet can be attributed to a group of key factors, including:

Drawbacks to the Jordan Peterson Diet?

On the Joe Rogan podcast Jordan Peterson described one issue.

“Well, I have a negative story,” he said. “Both Mikhaila and I noticed that when we restricted our diet and then ate something we weren’t supposed to, the reaction was absolutely catastrophic.” Peterson used the example of apple cider, saying that he was incapacitated for a month by what he believes was an inflammatory response.

It’s likely that Peterson had underlying inflammatory issues, and that his reaction is not the norm. However, it is true that on a carnivore diet you will become more sensitized to the toxins and excess sugar of standard American diet foods.

But this sensitization is not a bad thing–rather it’s a sign that you have returned your metabolism to it’s healthy, ancestrally designed baseline.

The Jordan Peterson Diet can be considered one of the names given to an all-meat carnivore way of eating. In fact, it says more about Peterson’s popularity with his followers than it does about a carnivore diet itself since it is simply the name his followers have given to his personal experimentations with an all-meat elimination protocol.

Nevertheless, Peterson has greatly benefited from his experiments with carnivory and helped bring this ancestral approach to healing and health into mainstream awareness.