What is the Shawn Baker Carnivore Diet?

If you follow Dr. Baker on social media or are new to the carnivore lifestyle you may be wondering what the Shawn Baker carnivore diet is all about.

In this article, we’ll summarize Shawn Baker’s journey to carnivore, how he himself eats, and his recommendations for how to begin and sustain your own carnivore diet.

Origins of the Shawn Baker Diet As a physician, Dr. Baker has years of first-hand experience with how the mainstream healthcare system has failed to prevent and effectively treat numerous epidemic chronic diseases like joint pain, type-2 diabetes, obesity, heart disease, and cancer.

In his book, Baker states “More people probably have been killed, injured, or psychologically damaged because of stupid nutritional advice than in the combination of all the wars that have happened in the last century.”

So he began practicing low-carb paleo. From paleo, he discovered the benefits of a high-fat ketogenic diet, and from keto, he began experimenting with an all-meat carnivore diet.

As an athlete and doctor, Baker closely monitored his performance and health variables while on these different eating plans.

After a two-month elimination diet of only meat, salt, and water, Dr. Baker’s symptoms resolved and he felt like he was in the best health of his life. He reported experiencing greater athletic performance, energy, and mental clarity than ever before.  Dr. Baker credits the carnivore diet for his ability to break three world records in rowing.

What started as a two-month experiment in all meat eating, became years of carnivore living. This means no vegetables, fruit, grains, or plant fibers of any kind.

From early on in his carnivore journey, Dr. Baker posted about his experiences on social media. He began collecting and sharing stories of how the carnivore diet transformed the lives of the people he inspired.

As Baker’s following grew, he was invited on the extremely popular Joe Rogan podcast, and his episode went viral, garnering over 10 million downloads.

In response to his radical departure from mainstream dietary advice, Dr. Baker received considerable backlash. Yet, as he points out, the angriest people he heard from were his supporters, who after benefiting from the carnivore diet come to realize how they’ve been duped for years by garbage nutritional policies.

In support of the carnivore diet, Dr. Baker highlights numerous traditional societies that thrive on all and mostly meat diets. He points out that cultures consuming these traditionally carnivorous diets don’t even have words for the metabolic diseases that ravage the modern world.

Watch Shaw Baker in conversation with Dr. Kiltz below:

What Does Shawn Baker Eat?

On an episode of Biohackers Lab Shawn Baker reported that he eats about two kilos of meat per day. 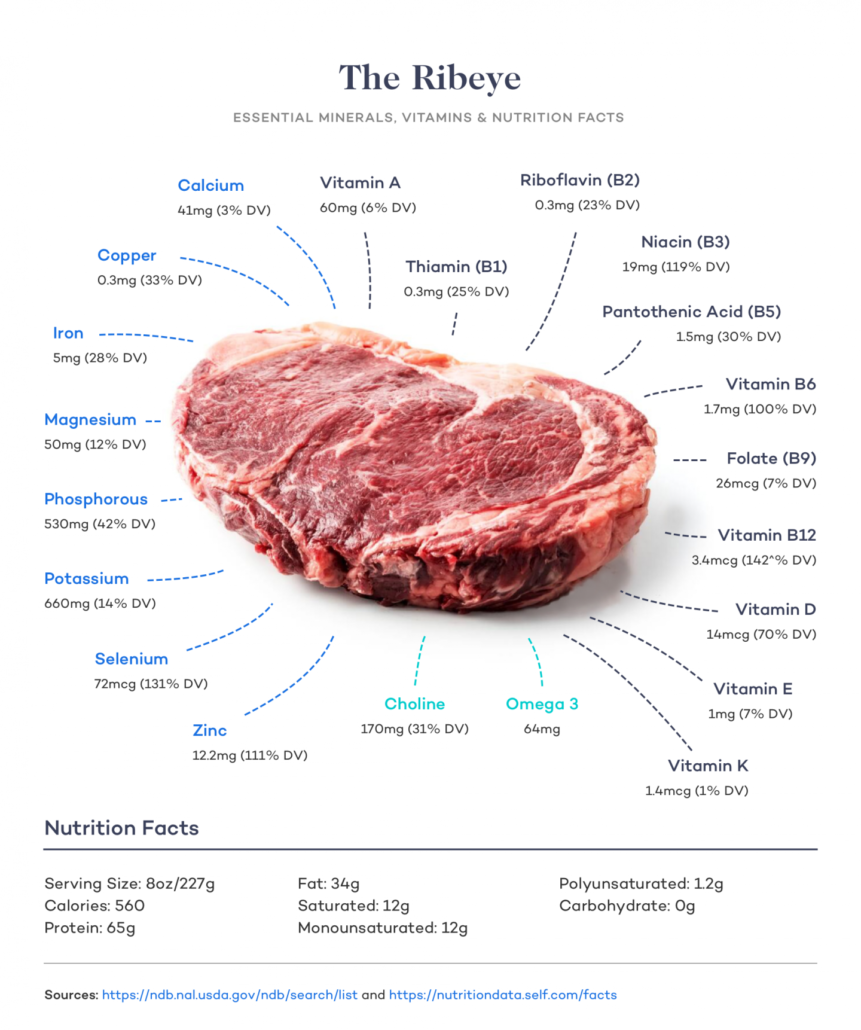 After adapting to the extremely satiating foods on the carnivore diet Dr. Baker found himself eating less frequently.

He states that he eats once or twice a day. But when he does eat, he consumes enough meat not to feel hungry between meals. This is a take on intermittent fasting that Dr. Kiltz calls intermittent feasting.

If follows that before humans had refrigeration they feasted on their successful hunts and fasted between hunts. There was no calorie counting, no intentional starvation. On the contrary, our ancestors filled up on fresh, nutrient-dense meats. What Should You Eat on a Shawn Baker Diet?

Dr. Baker states that he’s not dogmatic about what people eat. He has stated that many people he consults with go 100% carnivore as a reset. After one to two months on only meat, salt, and water, many people end up sticking with 80-90% meat with the rest being other whole foods. 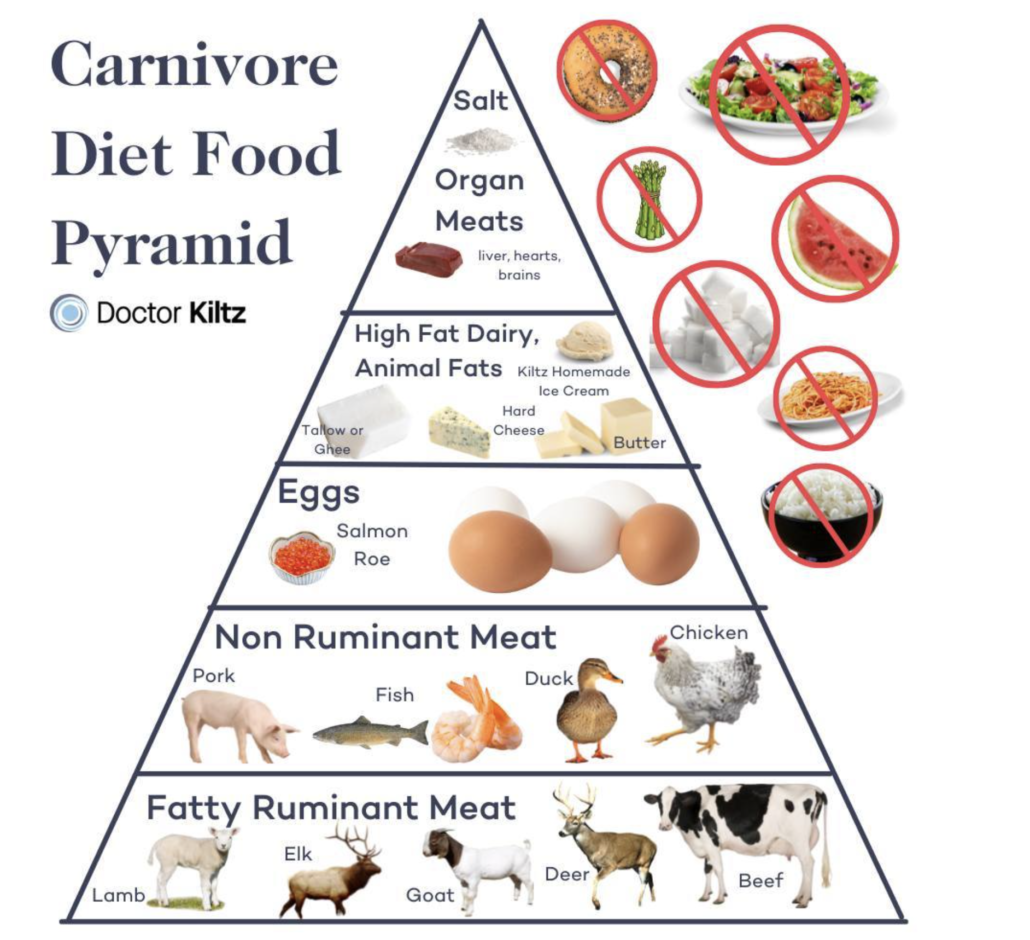 In the Carnivore Diet book offers the following visual breakdown. Though Baker himself reports not consuming caffeine via coffee or tea, he acknowledges that it probably has a negligible health impact.

Because the transition to carnivore already requires such dramatic dietary changes, Baker recommends that you not try and quit caffeine until after you’re carnivore adapted.

How Much Meat Should I Eat? Baker acknowledges that everyone has different nutritional needs. But he provides ballpark figures.

For men: Around 2 pounds of meat per day

For women: Around 1.5 pounds of meat per day

However, Baker states that he knows women who thrive on upwards of five pounds a day. It really depends on your activity levels and individual metabolism. His rule of thumb is to follow your appetite.

Baker highlights organ meats, and especially beef liver as the most nutrient dense foods on earth.

If you feel you need more nutrients, going nose-to-tail by including organ meats is a winning approach. However, Baker states that they are not a must for all people at all times.

Tailor the quantities of each of these foods to your nutritional needs. Remember, the key is to follow your hunger. Eat enough so that you don’t get overly hungry between meals.

There is no need to count calories.

Strategies for Making the Transition

Baker acknowledges that for some people coming from a standard American diet, an immediate transition can be challenging.

To overcome the digestive and metabolic shock of a dramatic transition, Baker recommends a gradual switch from your normal foods. Though the carnivore diet has only begun to be studied by mainstream nutritionists, the preliminary results have been remarkably positive.

They found that after only 3 months, 79% of survey participants eliminated or reduced all medications. [25] The study revealed numerous benefits including:

Shawn Baker is a physician, world champion athlete, and influential proponent of an all-meat carnivore diet.

Shawn Baker discovered the benefits of the carnivore diet while experimenting on himself and tracking his health and athletic benefits.

Though Baker is not dogmatic about what exactly people should and shouldn’t eat on a carnivore diet, he generally recommends centering your carnivore diet around red meat and supplementing with dairy, eggs, seafood, and organ meats.