Mycotoxins: Symptoms, Foods, and How to Avoid

Most people haven’t heard of mycotoxins, but nearly everyone has been exposed to them.

Mycotoxins are poisonous compounds produced by mold and fungi found commonly in grains, fruits, and coffee.

The prevalence of mycotoxin contamination is increasing with global warming. Hot, wet climates breed these toxins during the storage and processing of plant foods.

Even small doses of mycotoxins can lead to serious diseases and even death. ​​Common mycotoxins cause neoplasia (cancer), while others cause kidney and neurological diseases.

The dangers of mycotoxins combined with recent studies revealing widespread mycotoxin exposure have prompted researchers to declare that mycotoxins are an underappreciated cause of disease.

In this article, we’ll take a closer look at these plant toxins, what they do, and how to avoid them.

Mycotoxins are known as “secondary metabolites” of various molds and fungi. This means that mycotoxins form when molds grow on plant foods.

Though only recently identified as causes of illness in humans and animals, mycotoxin-associated illnesses have been around for centuries.

In one of the sacred books of the ancient Parsees religion (400 BC to 300 BC), a kind of mycotoxin poisoning from grains called “ergotism” is described as “grasses that cause pregnant women to drop the womb and die in childbirth.” 1 One paper from 1976 proposed that the anomalous behavior of the women accused of witchcraft in the Salem witch trials of 1692 may have been linked to ergot fungus on rye, wheat, and other grains.

In early 20th century Japan, there was an outbreak of acute cardiac beriberi likely caused by mycotoxins on yellow rice.

Fast forward to the 21st century when cancer-causing aflatoxins (a type of mycotoxin), produced by the fungus Aspergillus, are considered inevitable contaminants of major global food supplies, including corn, peanuts, and tree nuts.6 A micrograph of an Aspergillus spore, a type of fungus that produces cancer-causing aflatoxin.

In fact, the mycotoxins deoxynivalenol, diacetoxyscirpenol, and T-2 and HT-2 pose such a danger to the world’s grain supply that they’re considered bioterrorism threat agents. 5 Acute exposure to mycotoxins can result in symptoms including:

Since mycotoxins are often genotoxic–meaning they damage DNA–chronic exposure over time is associated with liver diseases like cirrhosis, hepatitis, jaundice, and cancer.

Mycotoxins have also been shown to be immunosuppressive. This means they interfere with your body’s ability to produce antibodies leading to Rye’s syndrome, encephalopathy, and visceral degeneration in children.

Other mycotoxins act as neurotoxins with symptoms that include trembling in animals.

The fat-soluble ochratoxin A can accumulate in the meat of animals that consume contaminated grains as feed. These toxins can then be passed on to humans who eat contaminated meat and dairy. 5

Avoiding mycotoxin symptoms is another reason why it’s best to choose grass-fed and pasture-raised meats when possible.

The mycotoxin citreoviridin acts as a neurotoxin that causes difficulty breathing, nausea, vomiting, heart distress, paralysis, atrophy of muscles, and psychological problems like suffering, agitation, and pain, followed by paralysis and muscular atrophy.

The mycotoxin Fusarium verticillioides has been associated with esophageal cancer.

Another avenue through which mycotoxins can harm us is by disrupting our gut microbiota. These billions of microorganisms that live in our digestive tract regulate important physiological functions, including immune response, mood, and nutrient absorption from foods. Mycotoxicosis can destroy the microbiota balance, which inhibits immune response that can lead to systemic toxicity. This is called chronic mycotoxicosis.

Mycotoxins can also attack the mucosal lining of the intestines causing intestinal permeability i.e, leaky gut.  Mycotoxins are then able to pass into the bloodstream and be deposited into other areas of the body.

Consuming mycotoxins in combination with other gut-harming plant toxins and antinutrients like oxalates, phytates, and lectins can exacerbate intestinal permeability and associated chronic inflammation and autoimmune disorders. 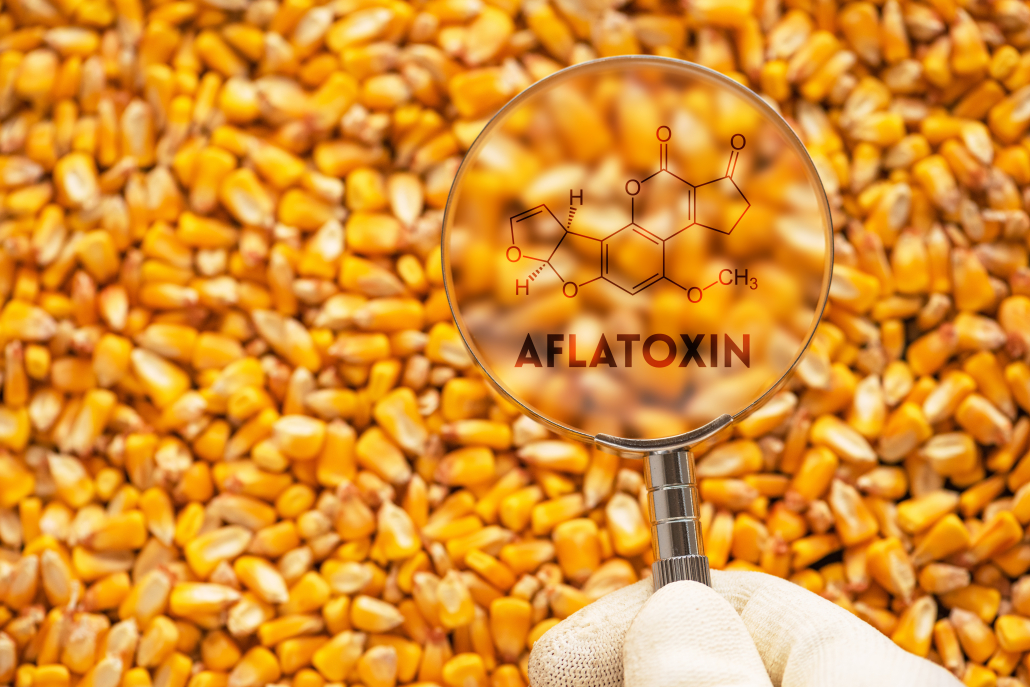 Found in coffee beans and grains, including corn and wheat.

Symptoms include malaise and agitation, abdominal distress, diarrhea, and vomiting.

Symptoms include toxification of kidneys, immune system impairment, and cancer.

Produced by the fusarium species, ZEA is a hormone disruptor that can cause infertility and miscarriage. 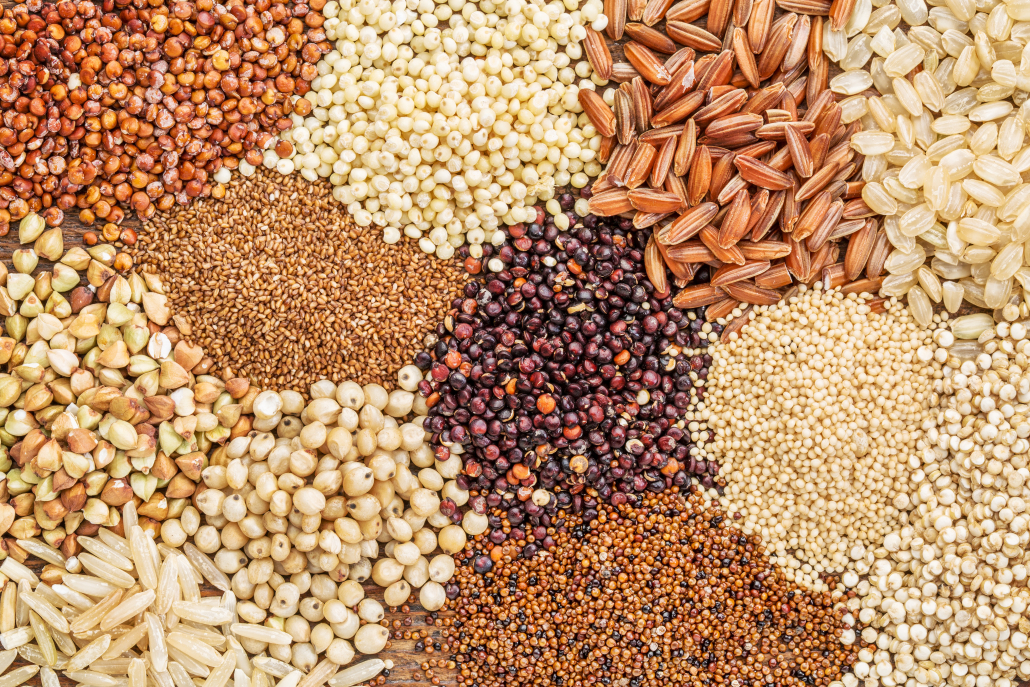 The vast majority of human exposure to mycotoxins comes from plant foods. However, some exposure can come from consuming dairy and meat that have been raised on feed contaminated with mycotoxins.

Foods become contaminated with mycotoxins due to: Foods most likely to be contaminated with mycotoxins include :

Though some mycotoxins have been found in cheese they likely originate from the contaminated feed.

Processing food through the germination of cereals like malting barley for brewing can increase mycotoxin levels (Park et al. 1999). This is another reason why it’s best to avoid alcohol on the carnivore diet and other elimination diets.

It’s also worth noting that mycotoxins are being found in plant foods that have previously not been associated with contamination. Researchers point to climate change as a driving factor.

Table 1. Major Mycotoxins and Toxin-Producing Fungi from Corn, Cereal, Soybeans, Peanuts, and Other Products and Some of their Effects on Animals.

Most people are familiar with mycotoxins in the context of contaminated coffee beans.

It’s true that large percentages of coffee beans are contaminated with the mycotoxins aflatoxin B1, ochratoxin A.

The roasting of coffee significantly reduces these toxins, but they can still be harmful when chronically consumed. And let’s be real, most people drink coffee every day. To limit your exposure to mycotoxins in coffee there are three steps you can take: How Do I Avoid Mycotoxins?

Mycotoxins can be found growing on the surface of products and can also penetrate deep into foods.

The best way to limit mycotoxin exposure is to reduce the consumption of grains, nuts, and dried fruits since these have the highest percentages of contamination.

Grains are a non-essential, high-carb, low-nutrient food that we’re better off without anyway.

You can get all the healthy fats and bioavailable nutrients your body needs by swapping out nuts and dried fruits for fresh healthy meats and seafood.

The idea that we need to eat a varied diet high in grains, fruits, and vegetables is a nutrition dogma unsupported by science. And it exposes us to mycotoxins from non-essential foods.

In fact, a diet focused on nutrient-dense animal foods most closely accords with the way that humans ate for nearly 2 million years of evolution. Eating in accordance with our evolutionary physiology is a pillar of health and wellness. A rundown on ways to reduce mycotoxin exposure

Dr. Kiltz’s Take
To avoid exposure to mycotoxins and other plant-toxins I recommend the BEBBIIS diet. Whole foods like bacon, eggs, beef, butter, ice cream, and salt will supply your body with the nutrients it needs to thrive while eliminating all the other harmful junk.

There are a number of commercial kits available that can test for mycotoxin exposure. Here’s a few:

Mycotoxins are caused by the contamination of food with mold and fungus.

Most mycotoxin-contaminated foods are grown and stored in tropical and subtropical climates. But with climate change mycotoxin contamination is spreading to new regions of the globe.

Even in small doses, these compounds can be extremely toxic and harmful in humans leading to digestive problems, psychological illness, infertility, heart and lung problems, cancer, and death.

The best way to protect yourself from mycotoxin exposure is to eliminate foods most at risk of mycotoxin contamination and to center your diet around grass-fed and pasture-raised animal foods.

If you do have mold sensitivities a carnivore elimination diet (lion diet) may be an effective step in reclaiming your health.