10 Powerful Nutrients Found Only in Meat

The human body, and its most energy-hungry organ, the brain, evolved on a diet of mostly meat for nearly two million years. So it’s no wonder that meat provides an abundance of essential vitamins and nutrients. Though plants also offer various nutrients, meat provides these nutrients in the forms that our bodies absorb and utilize the best–a concept called bioavailability. Among these bioavailable compounds, there are nutrients only found in meat.

The evolutionary importance of meat explains why vegans and vegetarians are susceptible to numerous nutrient deficiencies and often have to use supplements.

In this article, we’ll explore the top 8 nutrients that can only be found in appreciable quantities, in meat.

What Nutrients Are in Meat?

The chart below illustrates how a small selection of animal products offers an array of nutrients. 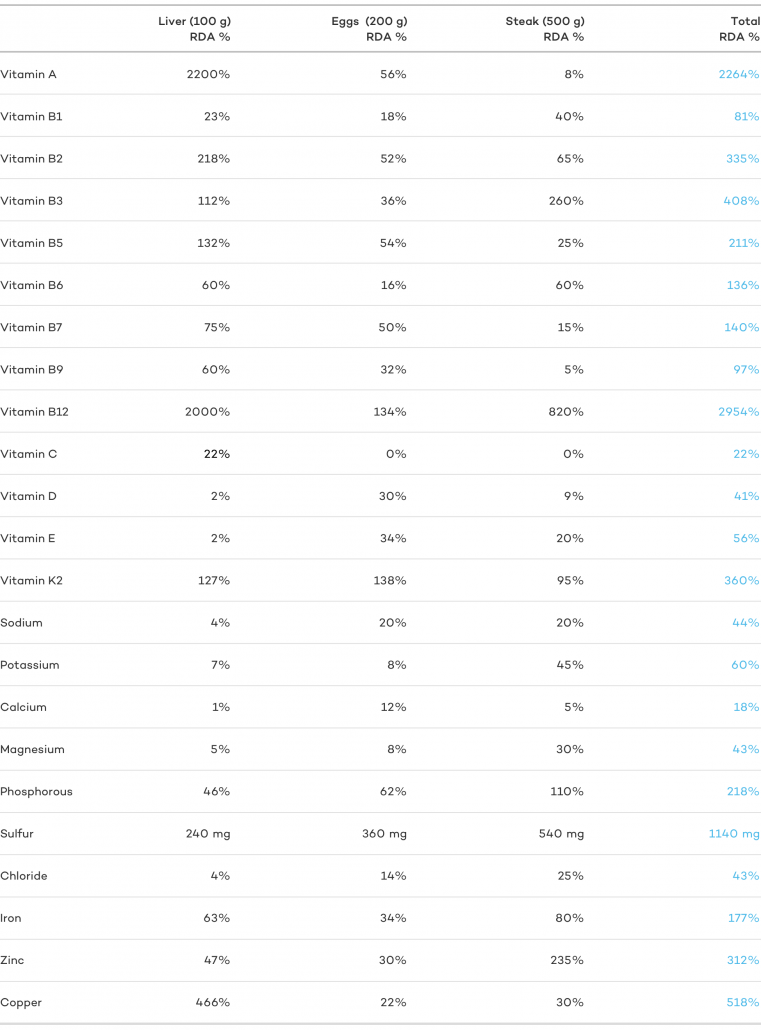 Below are ten of the top nutrients found only,  or in appreciable quantities,  in meat:

Vitamin D3 is both a vitamin and a hormone. In addition to being consumed via foods, your skin can make vitamin D when you get enough sun. This means vitamin D becomes especially important if you live in far northern and southern latitudes, and in areas with cold, cloudy winters.

People who don’t get enough D3 from diet and sunlight may experience a variety of negative symptoms including depression, multiple sclerosis, and an impaired immune response. Recent studies show that vitamin D3 can help you fight viral infections including Covid-19 [3][4][5] Vitamin B12, or cobalamin, is a B vitamin that’s found primarily in animal foods like meat, fish, cheese, and eggs. [6] This makes B12 hard to obtain for vegans or vegetarians who limit their meat intake.  [7] The symptoms of B12 deficiency include:

Meat is a proven source of B12 and other B vitamins. Beef liver is nature’s very best source, containing 2,471 percent of your RDA per 100 grams.  While chicken liver offers 220% per 100 grams and is more palatable to most people. You can find a full beef liver vs. chicken liver comparison here.

While animal products are the best source of vitamin B12 by far, a select few plant foods also contain some quantities:

Vitamin A in the form of retinol is a fat-soluble vitamin found exclusively in meat and animal products. It is essential for maintaining vision, physical development, immune function, and reproduction.

You may have heard that some plants like carrots are high in vitamin A. However, the vitamin A in carrots is in the form of a caretinoid–a precursor to vitamin A that the body has to convert into vitamin A. Like the zinc and Iron found in Animal foods, vitamin A retinal is far more bioavailable than it’s plant food counterpart.

Studies have found that retinol absorption efficiency was around 30% in 1 hour, but less than 5% for vitamin A carotenoids.

If you don’t get vitamin A from your diet you will be deficient, resulting in hair loss, skin issues, dry eyes, susceptibility to infections, and blindness at night.

As a is fat-soluble vitamin, retinal is absorbed into the blood stream and used by the body when consumed alongside animal fat.

Considering that human physiology evolved on a diet of mostly fatty meat for nearly 2 million years, it’s no surprise that most meats that are high in vitamin A are also high in fat. This is not the case for plant foods high in caretenoids, which is yet another piece of evidence supporting the view that humans are made to thrive on meat.

The highest retinol foods include:

Creatine is a molecule that provides easy-to-access energy to your muscles and brain cells.

Creatine may enhance muscle size, strength, and growth, which has made it one of the most popular bodybuilding supplements over the past several decades. [14]

Small amounts of creatine can be produced by your liver, but it takes much larger amounts of this substance to saturate muscle tissue. [15]

Thankfully you can find these larger amounts in red meat. Some carnivore diet proponents argue that eating several pounds of meat per day is just as effective as supplementing with creatine. Indeed, studies have shown that creatine supplements may not be of use to meat-eaters — implying that these groups already have plenty of creatine. [16]

Eating a vegetarian diet, on the other hand, is shown to reduce one’s creatine levels. Vegetarians who partake in creatine-depleting workouts may have even more trouble maintaining their creatine stores. [17]

L-carnitine is an amino acid found primarily in animal foods. While it’s not technically considered an “essential” amino acid, L-carnitine is nonetheless important. It may turn on ‘fat-burning mode’ enough to slow the decline of Alzheimer’s and increase muscular endurance. [18]

There isn’t yet an established RDA/RDV for L-carnitine, but many groups recommend that dosage in the 2-4 grams/day range is most beneficial. High enough doses may have a cardioprotective effect. [19] Carnosine is an important antioxidant that’s found in the muscles and brain. [20] Like creatine, carnosine is directly tied to improved muscular strength and endurance. [21

While carnosine is considered non-essential, these benefits shouldn’t be ignored.

Meat eaters get their carnosine via two pathways: directly from meat and eggs, and indirectly via beta-alanine (which is also found in meat and eggs). Unsurprisingly, vegetarians have lower carnosine levels than carnivores and omnivores do. [22]

If you’ve noticed a trend yet, you can probably deduce that heme iron is better absorbed.

Non-heme iron, on the other hand, is poorly absorbed, and its bioavailability is often limited even further by the plant antinutrients that accompany it. These factors make anemia more common in vegans and vegetarians. [24]

DHA is an omega-3 fatty acid that protects the brain from inflammation and oxidative stress. [26] DHA deficiency can cause severe mental health challenges, especially in children, as they have such quick-growing brains. [27]

The best sources of DHA include fish, grass-fed beef, pastured eggs, algae, flax seeds, and chia seeds. The healthier an animal was fed and/or raised, the more omega-3’s it tends to have.

Some EPA is also found in some grass-fed animal foods, including meats and full-fat dairy.

Sudies on the effects of fish oil high in both EPA and DHA show reductions in symptoms of depression. A study from 2009 found that EPA was showed superior anti-depressive effects compared with DHA.

For menopausal women, EPA has been shown to reduce hot flashes.

Taurine is a sulfur-based compound found throughout the body and its vital organs. The full role of taurine isn’t yet known, but it seems to play major roles in antioxidant production, bile salt production, and muscular function. [28] Its also factors into :

Taurine is only found in animal foods like beef, fish, and dairy. Dietary taurine likely contributes to your body’s baseline taurine levels. As you might expect, that means vegans have lower levels of taurine than omnivores do. [29]

Other Nutrients in Meat

In addition to the hard-to-find nutrients above, meat is also rich in several other vitamins and minerals. Here are some of the highlights.

Niacin works with other B vitamins to promote intracellular energy production.

In addition to obtaining niacin from diet, your body can synthesize it from dietary tryptophan. The best meats, eggs, cheese, and seafood all contain an abundance of niacin and tryptophan — allowing them to boost your body’s levels via both pathways.

Riboflavin is another pro-metabolic B vitamin. Its top roles include releasing energy from the foods you eat, maintaining good vision, and promoting iron uptake.

Vitamin A is one of the most important nutrients for eye and skin health. [30] Vitamin A may also prevent degenerative eye problems such as:

Animal foods, and especially  beef liver are nature’s best source of preformed vitamin A. The vitamin A carotenoids in carrots and sweet potatoes are ‘precursors’ that your body must convert into usable vitamin A, making them low bioavailability.

Red meat is among the very best sources of dietary zinc. In addition to having greater amounts of zinc than virtually any plant food, the zinc in red meat is 4 times better absorbed. [31]

Zinc is yet another nutrient that vegans and vegetarians tend to be running low on — it’s hard to hit your zinc RDA solely from plants and grains.

Staying replete in zinc (and copper, which it works closely with) allows your body to carry out several vital functions. In children, zinc promotes motor neuron and cognitive development; in adults, it promotes insulin sensitivity and glycemic control. And it’s crucial to proper immune function for all ages.  [32]

Selenium is a pro-thyroid nutrient that has indirect effects on several physiological functions. It’s also especially good for your heart. Most cuts of beef contain 20-30 micrograms of selenium per 3 ounces.

Pork is an even better source of selenium: a cup of roast pork contains 122% of your RDV.

Obtaining your selenium from animal sources is likely more important than ever before since our soils are becoming depleted of it. Selenium is so important to immune health that areas with especially low-selenium soil often have higher COVID infection rates. [33]

In the chart of nutrients found in fruits and vegetables below you can see just how depleted our soils have become over decades of intensive agricultural use. Meat, on the other hand, is not as susceptible to soil depletion.

Nutrients Only Found in Meat: The Takeaway

Humans evolved while consuming a carnivorous diet centered on meat. Meat contains a robust combination of vitamins, minerals, and other nutrients, some of which are impossible to get from other food groups, while other non-meat nutrients are poorly absorbed by the body.

Red meat, and organ meats in particular, is an exceptional source of:

No other food group comes close to providing so many nutrients in their most bioavailable forms. 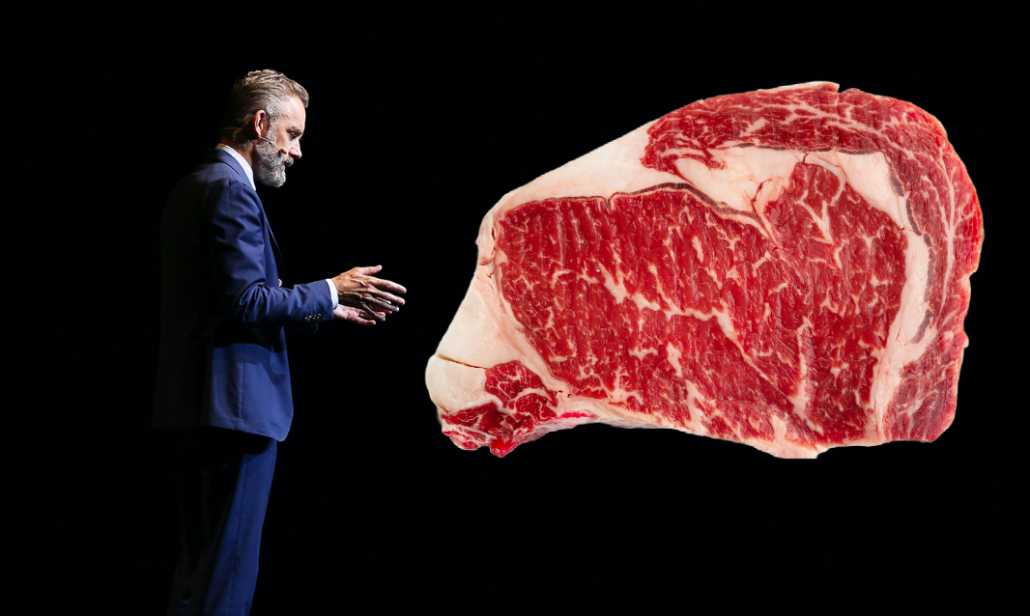 8 Reasons Why BEBBIIS is Best! 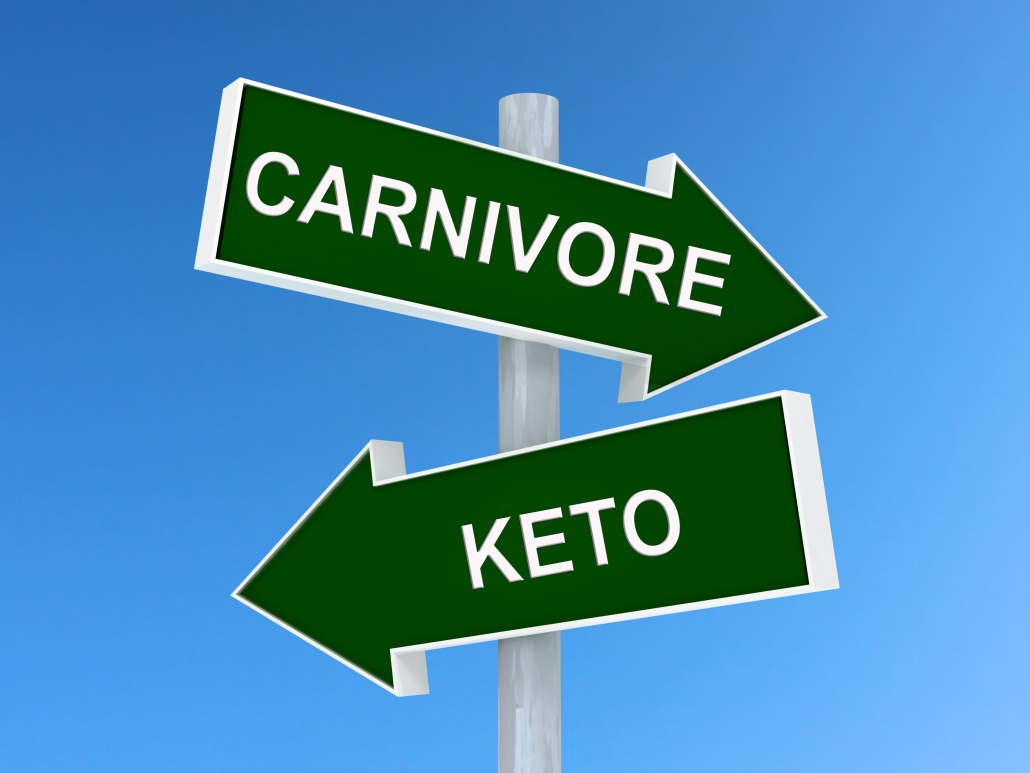 Carnivore vs. Keto: 9 Reasons Why Carnivore Is King