Caffeine and Fertility: The Whole Truth

Enjoying a morning cup of coffee or tea is a daily ritual for most of the world. Thankfully, low amounts of caffeine are unlikely to reduce the fertility of both men and women.

But there’s more to the story of how and if caffeine affects fertility. Here’s what you need to know about caffeine’s pros, cons, and other considerations when it comes to fertility. What the Research Says about Caffeine and Fertility

Most of the available research on caffeine and fertility is in agreement that small-to-moderate amounts (1-2 cups a day) of caffeinated beverages don’t have a negative effect. Let’s divide this research into two categories and dig a little deeper.

The coffee-female fertility concerns began in 1988 after a study found that women who drank a cup of coffee a day were half as fertile as those who abstained.

However, more recent studies have not been able to confirm this connection.

A 2012 study of over 3,000 Danish women found that moderate amounts of caffeine didn’t negatively impact fertility at all.  Other top findings include the following:

These researchers didn’t really explain why one caffeinated beverage — soda — was far worse for fertility than the others. But those who are familiar with Dr. Kiltz’s approach know there’s a simple explanation: soda’s high sugar content means it creates fertility-reducing inflammation.)

The Takeaway: If you’re a woman who’s trying to conceive, you can enjoy your morning cup of jo or afternoon tea–and probably both.

Just be sure to keep track of your total intake and swap out soda and energy drinks for sugar-free coffee or tea. The verdict on energy drinks and female fertility are also out, so err on the side of caution for now.

A study from 2017 examined the relationship between coffee and tea and the success of couples undergoing fertility treatments.  This study’s top findings include the following:

It appears male fertility is not negatively impacted by small-to-moderate amounts of caffeine, but that it’s best to limit your consumption to 2 or fewer caffeinated beverages a day.

Other Fertility Factors to Keep in Mind

Whenever we talk about fertility, keep in mind that it is a highly complex process. The number of physiological hoops a woman’s body has to jump through to get pregnant, stay pregnant, and deliver a healthy baby is near-miraculous.

Fertility’s complexity means that most available fertility research is full of confounding variables. Fertility studies rely on the memory and accurate reporting of their subjects — during one of the most emotional, stressful times of these subjects’ lives.  These studies also fail to capture the experiences of women who conceive very quickly and become “spontaneously pregnant.”

Another problem with caffeine studies: the amount of caffeine in any given beverage can be quite inconsistent. Coffee’s caffeine content can vary widely depending on what kind of beans were used and how it’s prepared.

And then there’s perhaps the largest potential confounding variable of all: lifestyle. Many careful mothers-to-be shy away from caffeine during pregnancy entirely.

Moms who don’t err on the side of caution when it comes to caffeine may also be more likely to throw caution to the wind when it comes to smoking cigarettes or drinking alcohol. Obviously, both of these activities can have very negative consequences for fertility that are far greater factors than caffeine.

Finally, caffeine is often abused by people who have energy-stealing health problems like depression or endometriosis.  Women who overdo caffeinated beverages may have reduced fertility rates, not from their caffeine intake itself, but from these hidden health issues.

How Much Caffeine Are You Consuming?

Thankfully, erring on the side of caution doesn’t mean giving up caffeine entirely.

Reproductive experts like Dr. Kiltz simply recommend limiting your caffeine intake to 100 milligrams a day — 200-300 mg max. After all, caffeine still has some pro-metabolic qualities that may benefit pregnant mothers.

How much coffee or tea do these recommendations allow for? The following charts should help you decide — below is the caffeine content of different types of coffee.

As you can see, the caffeine content of coffee adds up pretty quickly. Here are the stats for tea:

Soft drinks and energy drinks also contain caffeine. And don’t forget that their sugar content is another potential problem when it comes to maximizing natural fertility.

Last but not least, cocoa products also contain some caffeine. Unlike the soft drinks mentioned above, however, cocoa has several antioxidant and anti-inflammatory benefits.

In addition to not overdoing caffeine (and ditching the soft drinks!), there are other things you can do to protect your fertility.

Any type of tobacco use can lower your fertility, so stay away from vaping, smoking, or chewing tobacco. In fact, stay away from all nicotine-containing products.

Limiting alcohol intake before or during pregnancy is also crucial. The alcohol a mother consumes can pass directly into her developing baby’s bloodstream, damaging brain and organ development in the process.

This early damage can cause permanent problems, including a wide range of structural, developmental, cognitive, and behavioral disorders. In the U.S. prenatal alcohol exposure is the leading cause of preventable birth defects.

Alcohol’s pleasant social effects make it all too easy for one drink to lead to the next, so we recommend complete abstinence during pregnancy. No safe level of fetal alcohol consumption has been established, so don’t risk it.

Unlike alcohol, exercise’s effects on fertility can be either positive or negative depending on the dose.

Small amounts of low-stress, enjoyable exercise are likely good for one’s fertility. Too much exercise, however, can stop ovulation and slow the production of important pregnancy hormones like progesterone.

If you’re a dedicated athlete, cutting back on exercise might feel unnatural. Consider swapping out intense training with gentler movements like yoga, walking, swimming, or cycling. These sports allow you to stay in motion without overexerting yourself. Pregnant women should also do their best to avoid environmental toxins at all costs. Everything from the phytoestrogens in soy foods to the BPA found in many plastic products (like water bottles) can negatively impact one’s fertility.

Another 2008 study found that men who are exposed to toxins a work are far more likely to have infertility issues than men who weren’t.

Avoiding excess caffeine is a smart and simple way to avoid unnecessary complications when trying to get pregnant.

The available research suggests that it is best to limit your coffee and tea intake to no more than 100 milligrams of caffeine a day and 200 max.

And it may be even more important to cut out sugary soft drinks and energy drinks entirely — these beverages only hurt your fertility by promoting inflammation and causing hormonal imbalances from elevated insulin.

It’s also important to consider other lifestyle factors. Avoiding alcohol, tobacco, intense exercise, and environmental toxins are all effective ways to maximize your fertility the natural way. Your future baby will thank you. 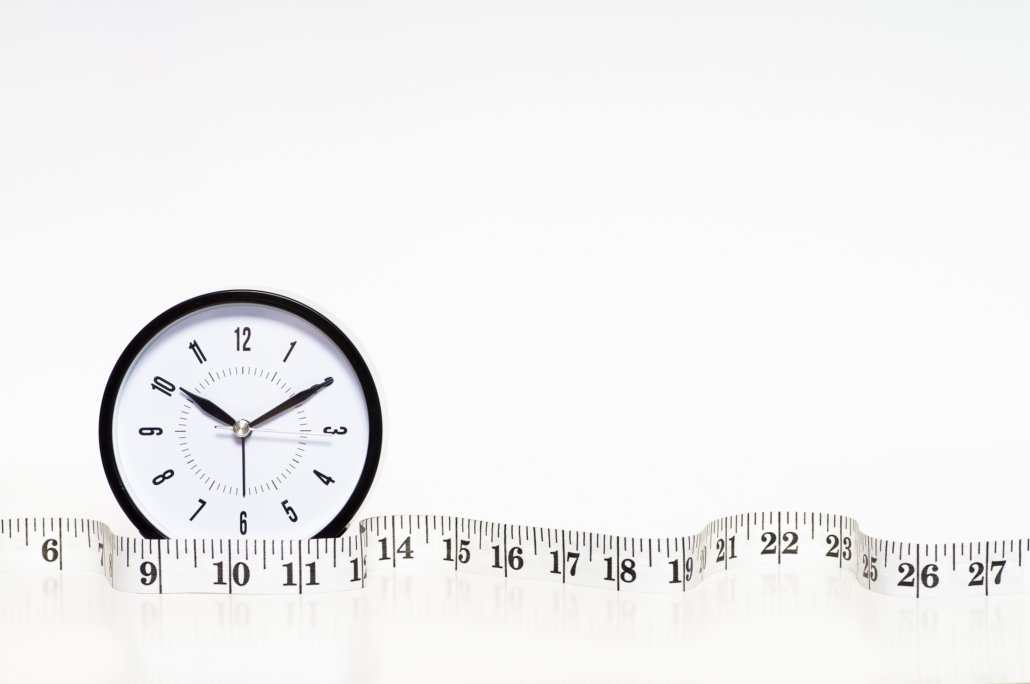 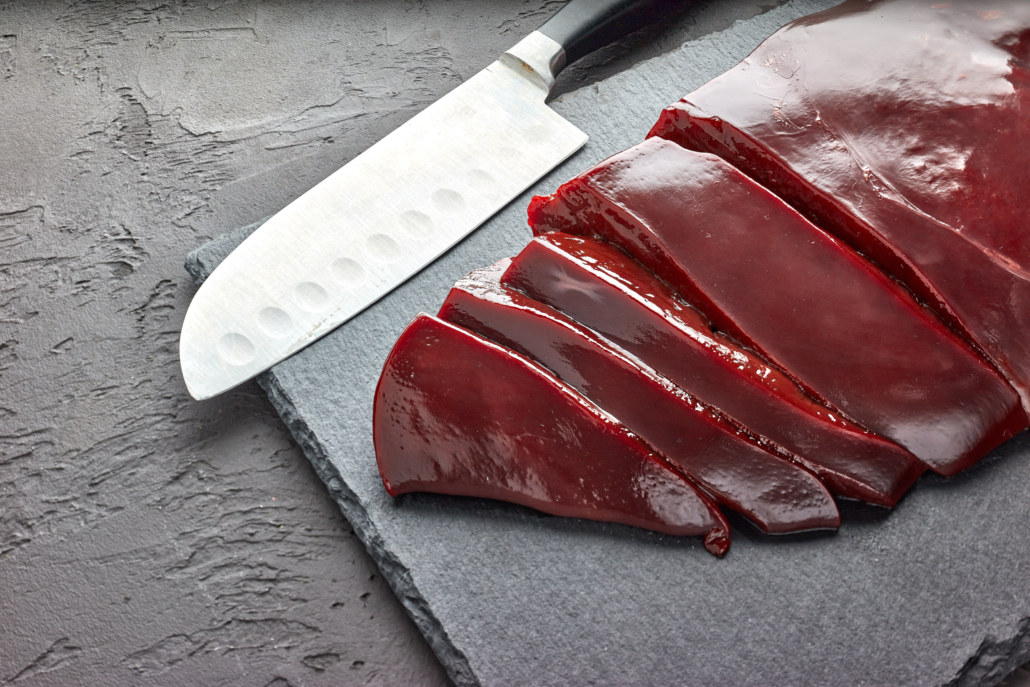