By Liam McAuliffe Published on August 5, 2022

Most of us have been brought up to believe that vegetables are the superheroes of our diet. But in fact, they may be the villains. Vegetables contain naturally occurring plant toxins, antinutrients, unnecessary fiber, and sugars that can make them bad for you–especially in the chronically high doses in which most of us consume them.

So let’s take a closer look at what vegetables are bad for you and why.

Plant Toxins and Antinutrients in Vegetables

Before getting into the specific vegetable that are bad for you, let’s take a moment to introduce you to the main reason why; the presence of plant toxins and antinutrients.

If you’re like most people, the fact that vegetables contain these natural poisons in news to you.

Think about it this way, plants don’t have fangs, fists, claws, or feet. But like all other species they want to survive and need to protect themselves. What they lack in limbs, they make up for with a bevy of chemical defense mechanisms known as phytoalexins. 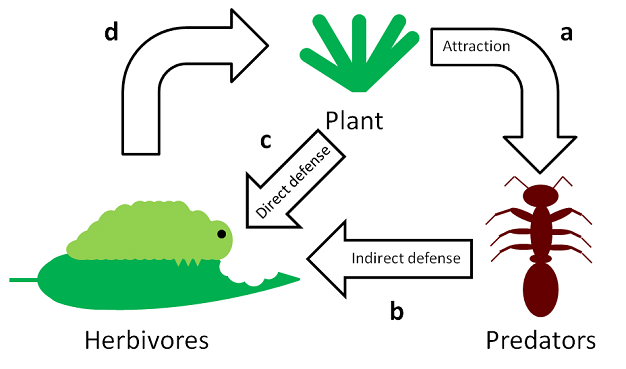 In fact, these naturally occurring pesticides account for over 99% of all the pesticides you ingest– that’s 10,000 times more than synthetic compounds. [3]

Some of these substances are specifically designed to harm predators. For example, phytohormones found in popular foods like soy cause infertility in herbivores, effectively driving their population down.

Over time, repeated exposure to toxins like oxalates, histamines, phytohormones, and antinutrients like phytic acid and lectins can result in allergies, leaky gut, autoimmune diseases, and chronic inflammation.

And this is to say nothing about mycotoxins (toxic molds) and bacterial contamination that can cause acute and long-term ailments. 1 2 In moderation (once a month) potatoes that have been stored properly are ok. But the average American eats 111 pounds of potatoes each year!

Most potatoes that we consume are fried in toxic seed “vegetable” oils making them downright carcinogenic.

When potatoes aren’t stored properly, and when their old and/or bruised they can contain dangerously high levels of toxic compounds called glycoalkaloids.

These compounds can act as neurotoxins and enzyme inhibitors. At their worst, they can be fatal [1].

Glycoalkaloids common to potatoes include alpha-solanine and alpha-chaconine. When ingested, these toxins get absorbed into and accumulate in the bloodstream [2]. With chronic consumption, glycoalkaloids can infiltrate red blood cells in masse, and destroy the cells’ energy centers (mitochondria). This effect is known as “cell-rupturing”, and research suggests that it is connected to the creation of gaps in the intestinal lining known as “leaky gut.” [3][4]. These gaps allow the passage of pathogens and sugars into the bloodstream where they are carried to other areas of the body leading to inflammation and autoimmune responses.

You can Learn how to reduce leaky gut through diet here.

Other studies on animals show that glycoalkaloids negatively impact a thin yet extremely important cellular membrane called the glycocalyx in the intestine in ways that impair nutrient absorption [5].

Other animal tests have shown that glycoalkaloids can cause birth defects [6].

Due to these dangers, Canada established  20 mg of total glycoalkaloids per 100 g (fresh weight) of potatoes consumed as the maximum allowable level [10].

Dr. Kiltz’s Take
It’s fine to enjoy fresh potatoes fried in tallow once in a while. We can get into trouble when we make a habit of consuming this high-carb food all the time, especially when fried in toxic vegetable oils, and from sources where we don’t have a way of making sure the potatoes are in good condition. 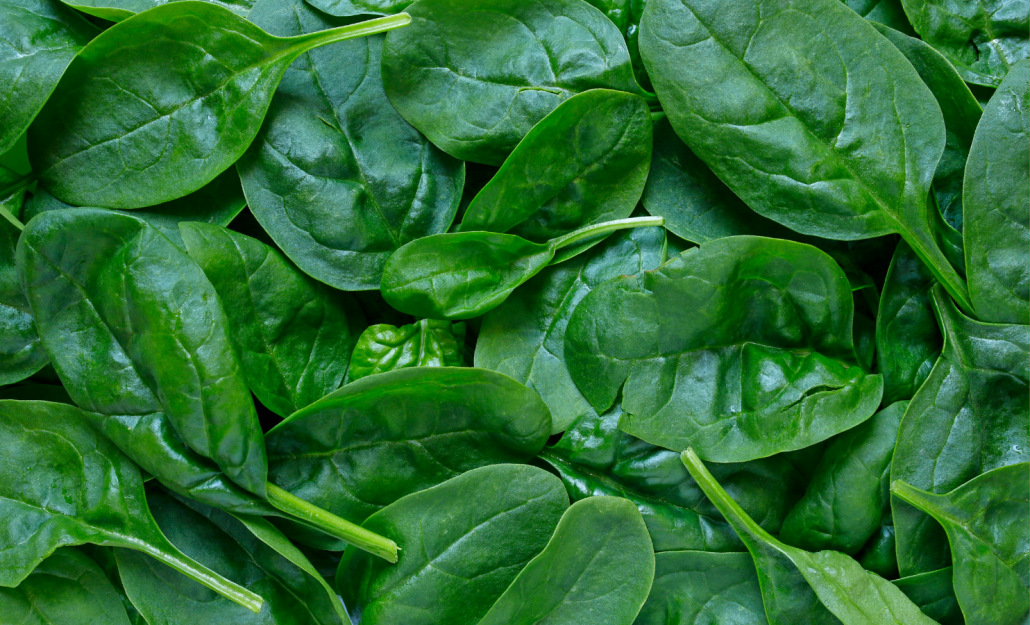 Spinach is another staple vegetable that is likely bad for you, due mainly to the presence of a toxin called oxalate. According to the Cleveland Clinic, spinach is an extremely high oxalate food known to increase kidney stone formation and urinary oxalate content.3

A 100-gram portion of spinach contains approximately 645 milligrams of oxalate.

Oxalates occur naturally in plants, where they regulate their own internal mineral content and help defend against predators. [1]

In humans, oxalates bind to vital nutrients including iron, calcium, and magnesium, limiting their absorption.

This binding property is responsible for the fact that almost none of the iron in spinach is used by your body. Popeye’s spinach habit was actually bad for him. [2] When it comes to the question, what vegetables are bad for you, more people are becoming aware that legumes are a legitimate answer.

Legumes are high in a plant toxin/antinutrient called lectin. As we mentioned above, intestinal permeability allows harmful bacteria, sugars, and toxins including lectins themselves to pass into the blood stream where they travel to every part of the body, causing chronic inflammation. Damage from lectins to the gut can reduce you ability to absorb protein, fat, and vitamin B12, which increases your risk of inflammatory bowel disease. [31]

The Negative Health Cascade of Consuming Lectins, Sugar, and Oil from Vegetables

Since we know that lectins bind to sugar, the combination of high-lectin high-carb grains and oils along with added sugars creates the opportunity for extreme lectin binding in joints, nerve junctions, and intestinal tissues, leading to a greater risk of chronic inflammation and autoimmune disorders [4][5].

Some experts consider polyunsaturated fats (PUFA) in many plant and seed foods as antinutrients. When combined with lectins, PUFAs can inhibit trypsin and other digestive enzymes, leading to greater reductions in nutrient absorption [6]. Grains are a new addition to the human diet dating back between 20,000, and 10,000 years. Grains are from domesticated grasses. Before that humans ate a diet of almost exclusively animal meat for nearly 2 million years of evolution.

Grains are bad for you because they do not align with our dietary physiology.

They’re high in sugar, insoluble fiber, and toxins including lectins and phytic acid.

Phytic acid (or phytate) reduces the absorption of iron, zinc, magnesium, copper, and calcium. [2] Phytate can also prevent digestive enzymes from breaking down proteins and starches in digestible nutrients. [3]

Phytic acid accumulates in the husk and bran of cereal grains. Unrefined grains have the highest amount of phytic acid because they contain the entire grain — the husk, bran, and endosperm. Maize germ, wheat bran, and rice bran have up to 6.39, 7.3, and 8.7 grams of phytic acid per 100 grams, respectively. Many grains are also high in gluten. Gluten is actually a particularly harmful lectin.

Gluten contains a protein called gliadin. Gliadin molecules carry antigenic sites–this means that your body sees them as a threat.

Your body reacts to this threat with an inflammatory immune response. Your gut lining becomes inflamed and the microscopic hair-like structure lining your gut called the intestinal villi becomes flattened and compromised. This process leads to permeability in the gut. Seeing a pattern here? [4] 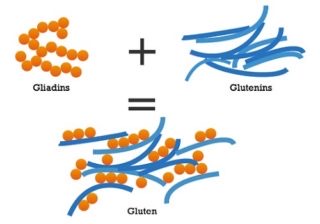 Within 15 hours of consuming gluten, fragments of gliadin enter the bloodstream and the inflammatory damage spreads to other body tissues. As you continue to consume vegetables with gluten, you perpetuate a cycle where the gut becomes more susceptible to gluten intolerance, less able to absorb nutrients, and more likely to result in autoimmune and inflammatory disease. The Problem with Fiber in Grains and Other Vegetebles

Most vegetables, including grains, are high in fiber. Contrary to popular belief this is why vegetables can be bad for you.

Fiber is supposedly a pipe cleaner, yet A 2012 study in the World Journal of Gastroenterology found that when it comes to constipation, “the previous strongly-held belief that the application of dietary fiber to help constipation is but a myth. Our study shows a very strong correlation between improving constipation and its associated symptoms after stopping dietary fiber intake.” [22]

The study looked at 60 people with chronic constipation and IBS. Researchers found that eliminating fiber for just two weeks led to a significant reduction in symptoms.

A follow-up six months after the end of the trial found that 41 of the study participants had chosen to stay fiber-free and reaping the benefits.

While the 20 or so participants who returned to eating fiber all experienced a recurrence of IBS symptoms. [23] Fiber can also act like an antinutrient by binding to and preventing absorption of minerals like iron, zinc, magnesium, and calcium.

The foods and fiber we’re “supposed” to be eating in abundance create a constant slurry of inflammatory junk. When I examined the studies exploring the benefits of fiber and vegetables, I wasn’t surprised to find that there is zero evidence demonstrating the benefits of fiber for bowel health. What we do know for certain is just how little we actually know about our complex and delicate digestive system. And this is yet another reason why I find the mainstream diet recommendations so troubling.

My observations as a fertility doctor lead me to believe that the constant sugar and fiber fermenting in our bowels spreads inflammation to tissue and organs throughout the entire lower abdominal region, including our tubes, ovaries, uterus, prostate, seminal vesicles, and testicles. It bears emphasizing that in the majority of cases I treat, infertility is an inflammatory disease! And inflammation doesn’t stop in the lower abdomen. Destructive plant antigens—naturally occurring vegetable compounds that attack healthy human cells—and glucose are micronized in our gut and deposited through the blood stream to every organ in our bodies.

What vegetables are bad for you? Those that are loaded with natural and added pesticides. And kale fits both criteria.

In studies done by the Environmental Working Group (EWG) Kale, along with collard greens, mustard greens, hot pepper, and bell peppers had the most pesticides detected. A single sample of kale had up to 21 different pesticides.4 The study also found that over 50 percent of potatoes, spinach, lettuce, and eggplant had at least one of three bee-killing neonic insecticides that are banned by the EU but still permitted in America. Vegetables are mostly made up of carbohydrates, fiber (an indigestible carb), and water.

Chronically consuming a high-carb diet is a root cause of inflammation and tissue damage in the body, contributing to numerous diseases and disorders. 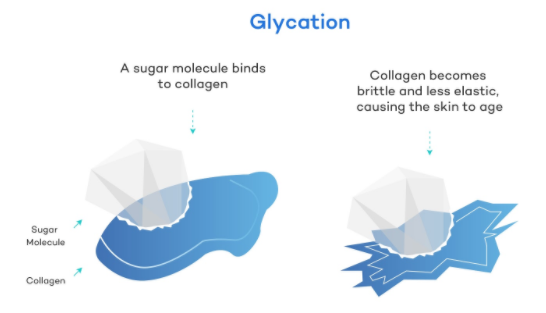 Research shows that the glycation-oxidation process is strongly associated with:

Metabolic disorders from A High-Carb Diet

Eating a high-carb veggies can contribute to metabolic disorders at the root of “the diseases of civilization, including [9] :”

These diseases are associated with a modern, “civilized” lifestyle because they were extremely rare among traditional societies. [10] Researchers like Weston A. Price found that hunter-gatherer societies were nourished by diets high in animal fats and very low in vegetables and natural sugars. [11]

What Vegetables are Bad for You?: The Takeaway

What vegetables are bad for you?

Essentially every vegetable can be bad for you if consumed in high quantities and/or over long periods.

The reasons that vegetables can be bad for you center on the presence of four factors:

All vegetables contain various levels of all four of these factors. 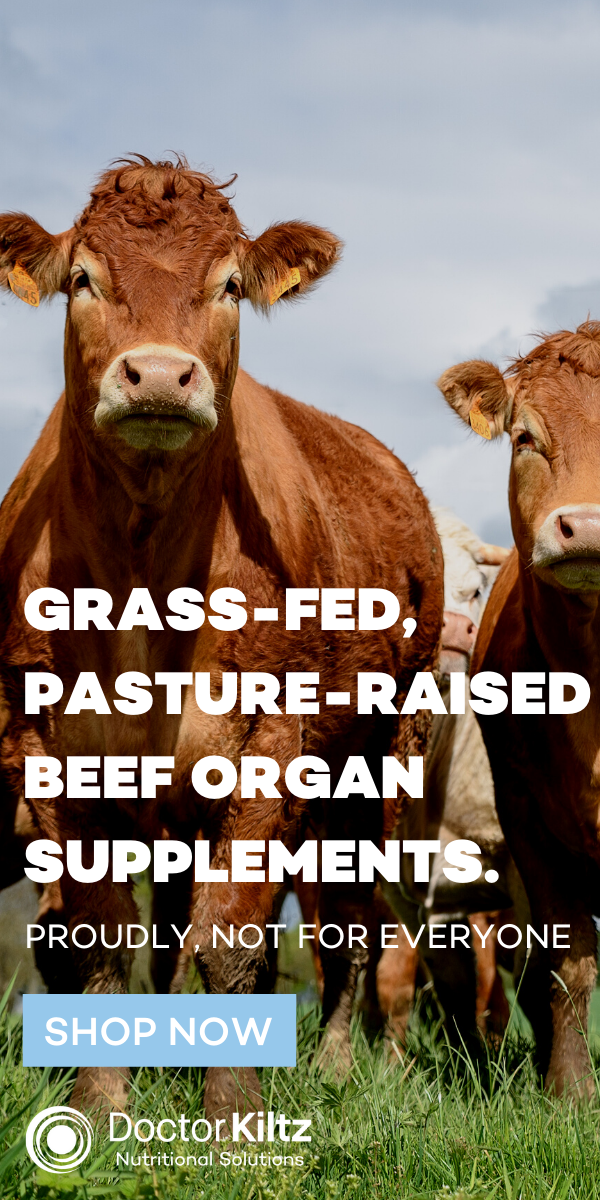