Is Vegetable Oil Healthy? What the Science Says

The question of whether vegetable oil is healthy is more important than ever as vegetable oils have become a major source of calories for Americans over the past century.

From 1909 to 1999, the per capita consumption of vegetable oils in America increased by over 2000 percent.

To answer the question of the possible health risks and benefits of vegetable oils, let’s take a closer look at what they are, how they’re made, and how they’re processed in our bodies.

What are Vegetable Oils and How are They Made?

Vegetable oils are extracted from certain plants and seeds. The way each oil is produced depends on its source. As you will see, most vegetable oils are highly processed industrial products involving numerous chemicals.

Grinding and Pressing the Seeds

With seed oils, the seeds are first ground into a coarse meal. The meal is heated and fed through a screw press which applies increasing pressure. The oil drips through a slotted drum into a container and the remaining solid meal is extruded.

The heat and pressure force the oil out of the seeds, but the process also extracts various impurities which must then be removed from the final product.

Olive oil, coconut oil, and peanut oil are usually “cold-pressed” where only pressure is applied.

Here’s a video of the process.

For seed oils, after this first heat-treated pressing, the extruded meal or “oil cake” is sprayed with petroleum-based solvents such as hexane. This dissolves more oil out of the seed cake.

Since oil crop seeds are high in polyunsaturated fatty acids, they are prone to oxidation and rancidity when heated and exposed to the air.

The result is a dirty, rancid, oxidized, and bitter-tasting product. To create a final product that can be sold as “healthy” food, the oil must be cleaned and deodorized.

The first step in cleaning is to heat the oil and add an alkaline substance such as sodium hydroxide or sodium carbonate. This causes soap to form from the rancid fatty acids. A centrifuge removes the soap. Then oil is washed again to remove any leftover soap and dried.

Degumming and Deodorizing the Oil

The oil is then degummed by treating it with hot acidic water. After any gummy residue is removed, the oil that will be heated by the consumer (i.e., cooking oil) is bleached and filtered through diatomaceous earth or activated clay.

Cold oils to be used for salad dressings are “winterized” or rapidly chilled and filtered to remove any wax.

The final stage before bottling the oil is to deodorize it. This involves heating the oil again and passing steam over it in a vacuum while adding citric acid to deactivate trace metals that may promote oxidation and shorten the oil’s shelf-life.

Then off it goes to be bottled and sold.

The resulting “clean” vegetable oil may also undergo hydrogenation. This involves mixing the oil with a nickel catalyst and then pumping hydrogen into the oil to induce a chemical reaction that solidifies it. This is how margarine and vegetable shortenings are made.

A major downside is that hydrogenation introduces unhealthy trans fatty acids into the final product.

How Vegetable Oil Entered Our Diets

The invention of the mechanical cotton gin in 1739 was a key factor in the development of the first edible, shelf-stable, commercial vegetable oil.

As the cotton industry grew, the amount of discarded cottonseed also increased and cotton farmers began looking for ways to profit from the waste.

Thirty years later, the first cottonseed oil mill was built in the US and commercial production of cottonseed oil got underway. After the Civil War, use of the oil grew, and it became popular in fertilizer and cattle feed until the late 1880s.

Around 1890, American consumer demand for cottonseed oil increased in response to the new idea of moving cattle from ranch to city via rail service. The success of this practice resulted in the development of a monopoly within the meatpacking industry. As their power grew, these companies began to manipulate the price of animal fats (lard and tallow). Back then, animal fats were essential ingredients in the candles and soap that people used daily.

By the late 1800s, the increasing cost of animal products and the invention of the electric light bulb pushed the powerful Procter & Gamble (P&G) company away from the candle business and toward securing a supply of cottonseed oil for their other products.

In 1905, a German chemist named E.C. Kayser visited the Cincinnati headquarters of P&G and demonstrated how to use a process called hydrogenation to create a solid, lard-like fat from cottonseed oil.

This process revolutionized the seed oil industry, and by 1911, P&G had acquired the patent for hydrogenation and successfully produced the first hydrogenated all-vegetable shortening known as Crisco–a brand that is still in use today.

By the mid-1930s, margarine was also being made with hydrogenated soybean oil, and during the 1940s, margarine consumption increased in response to the Great Depression and WWII.

By the 1970s, vegetable oils were contributing about forty percent of the fats and almost fifteen percent of total calories in the Western diet.

Vegetable oils, like other fats, are made of long chains of fatty acids. These acids are essentially chains of carbon atoms bonded to hydrogen atoms. The fatty acids in vegetable oils are mostly the polyunsaturated (PUFA) type, meaning they have many double carbon bonds with loose electrons available to react chemically. This chemical volatility makes them vulnerable to oxidation and rancidity.

Some vegetable oils, such as olive oil, safflower oil, and canola oil are higher in the more stable monounsaturated fatty acids (MUFA), which only have one double bond, as in the next image.

Most vegetable oils are composed mainly of a PUFA called Linoleic acid (LA). Others, such as olive oil are high in Oleic acid, which is monounsaturated. Read on to learn why the stability of oil matters for your health.

Linoleic acid, along with another fatty acid called Alpha-Linolenic acid (ALA) are known as “essential fatty acids” (EFAs). This means that in order for humans to stay healthy these fats must be included in the diet since human bodies cannot make them internally.

These two types of EFAs work in opposition to each other in the body.

Both EFAs are important, and if they are in a 1:1 ratio in the body, they support good health.

However, the standard American diet is high in Omega-6 EFA because both corn oil and soybean oil are high in Linoleic acid.

It’s estimated that the ratio of Omega-6 to Omega-3 intake is about 15:1 for Americans. This imbalance leads to chronic inflammation.

The Problems with Linoleic Acid

Eicosanoids are powerful molecules that signal the body’s immune system to react to perceived damage.

Without a balancing anti-inflammatory influence from Omega-3 PUFA, these eicosanoids can trigger:

Autoimmune diseases characterized by an overreaction of your own immune system resulting in damage to healthy tissues.

For these reasons, it’s a good idea to monitor and minimize the amount of Linoleic acid in your diet.

Fats are one of our main sources of energy, and this includes vegetable oils. However, the standard American diet also provides plenty of energy in the form of carbohydrates.

Because our bodies cannot store many carbohydrates, our body uses the carbs (in the form of glucose) circulating in our blood, before using other fuels like fat and protein.

For most of us, the result of this biochemical fact is that the fat we eat gets stored or used for other purposes.

For example, the vegetable oil we eat may be used to build and repair body tissues, create internal signaling molecules, and fortify cellular membranes. How healthy this is still being debated.

What Happens When We Cook with Vegetable Oils?

PUFAs are volatile and prone to oxidation. The addition of damaged PUFA to body tissues and cells can be unhealthy.

This is why manufacturers add antioxidants such as vitamin E to cooking oils. Unfortunately, using the oil to fry foods often destroys these antioxidants.

How PUFA oxidation affects human health is still being sorted out by researchers. Some studies indicate that our cells use the chemical volatility of PUFA for the signaling of stepped biochemical processes within the cell. These cellular processes depend on internal antioxidants such as glutathione to control and stop the cellular cascade of oxidative stress at appropriate intervals.

However, other research evidence indicates that the incorporation of food-derived, heat-damaged PUFA into our cellular membranes can negatively affect membrane fluidity and function.

One paper suggests that these heat-damaged cholesterol-PUFA esters from the fried foods in our diets may travel within the bloodstream inside LDL lipoproteins. They can then embed themselves into our artery walls and start the atherosclerotic damage that results in vascular heart disease.

Other effects of the peroxyl free radicals associated with oxidized PUFA include brain cell damage and aging,[15] and one animal study indicated that the consumption of oxidized PUFA induced metabolic dysfunction.

Is Vegetable oil healthy? Not if you’re consuming vegetable oil that contains damaged and oxidized PUFA.

How to Protect Yourself From Unhealthy Fats?

Here are some tips for making healthier choices around vegetable oil:

As you can now understand, oils that are high in LA should be avoided because of their tendency to oxidize easily and because consuming them contributes to an unbalanced Omega-6 to Omega-3 EFA ratio within the body.

See the table below for a list of oils by the percentage of LA. Note that soybean oil is the main ingredient in most commercial mayonnaise, most bottled salad dressings, and in many baked goods, so although its percentage is lower, most people probably eat more of it than other oils. In terms of research, the answer to this question is still being worked out in nutritional science labs.

One 2012 meta-analysis of randomly controlled trials found no correlation between blood markers of inflammation and dietary intake of Linoleic acid.

However, there is a great deal of evidence that shows that a diet high in Omega-6 EFAs and low in Omega-3 EFAs does interfere with the anti-inflammatory effects of Omega-3 EFA within the body.

Several studies on the effects of EFA supplementation on inflammation have shown that supplementing with Omega-3 EFAs in the form of fish or krill oil provides a benefit for many chronic inflammatory diseases.

The Israeli paradox offers an interesting insight into the question, is vegetable oil healthy? The Israeli people consume a diet that is perfectly aligned with what US nutritional experts recommend. Meals are low in total fat and saturated fat, and their intake of vegetable oils is higher than the amount consumed in other western countries.

But their rates of cardiovascular disease, type 2 diabetes, and other modern illnesses are on par with the US. And their cancer rates, especially among women, are higher. Some researchers suggest that the high intake of Omega-6 PUFA in Israel may be to blame.

Is vegetable oil healthy? The scientific evidence appears to be mixed.

On the “no” side, the farming and manufacturing processes involved in creating vegetable oil may result in products that have negative health effects.

On the “yes” side, it is a biochemical fact that humans must consume both Omega-6 and Omega-3 essential fatty acids for good health.

This means that consuming a little linoleic acid is a good thing, as long as you also consume an equal amount of Omega-3 EFA.  The easiest way to bring your EFA levels into balance is to limit your intake of vegetable oils high in Omega-6. 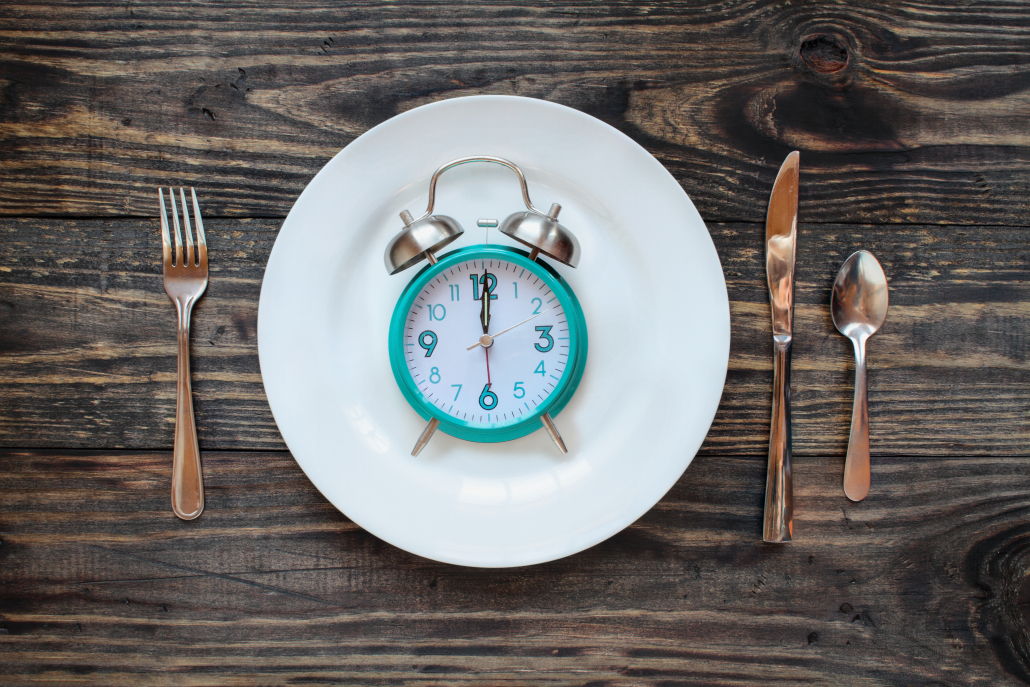 High Carb Vegetables to Avoid on a Keto Diet Liquid Aminos vs Soy Sauce: Benefits and Nutrition on Keto