Eating Only Meat for a Month: Research and Testimonials

By Liam McAuliffe Updated on January 6, 2023

For most modern people, eating only meat for a month sounds crazy.

Mainstream nutrition tells us that a healthy diet means less meat, more plant-based foods, and a variety of fruits, veggies, and whole grains.

Yet thousands of people who try eating only meat for a month (and much longer) report dramatic health improvements.

In this article, we’ll explore the reasons why so many people are choosing to go all-meat for a month, the experiences of high-profile meat-only adopters, and the emerging research supporting their results.

Why Are People Eating Only Meat for A Month?

Eating only meat for a month is associated with the broader carnivore diet movement.

The all-meat way of eating can be viewed as a modern revival of the hyper-carnivorous eating practices that research suggests humans evolved on for over 2 million years. The idea behind eating only meat for a month is that since our bodies evolved on a carnivorous diet of whole, fresh, fatty, meat, returning to this way of eating provides your body with all the essential macro and micronutrients it needs to thrive.

On an animal-based diet, vital nutrients like zinc, heme iron, B vitamins, vitamin A, and the elusive “activator X” vitamin K2, are supplied in abundance, in the most useable “bioavailable” formats, and in near-perfect proportions for your physiological needs. Even nutrients associated with plant foods like potassium and vitamin C are sufficient when eating only fresh meat. 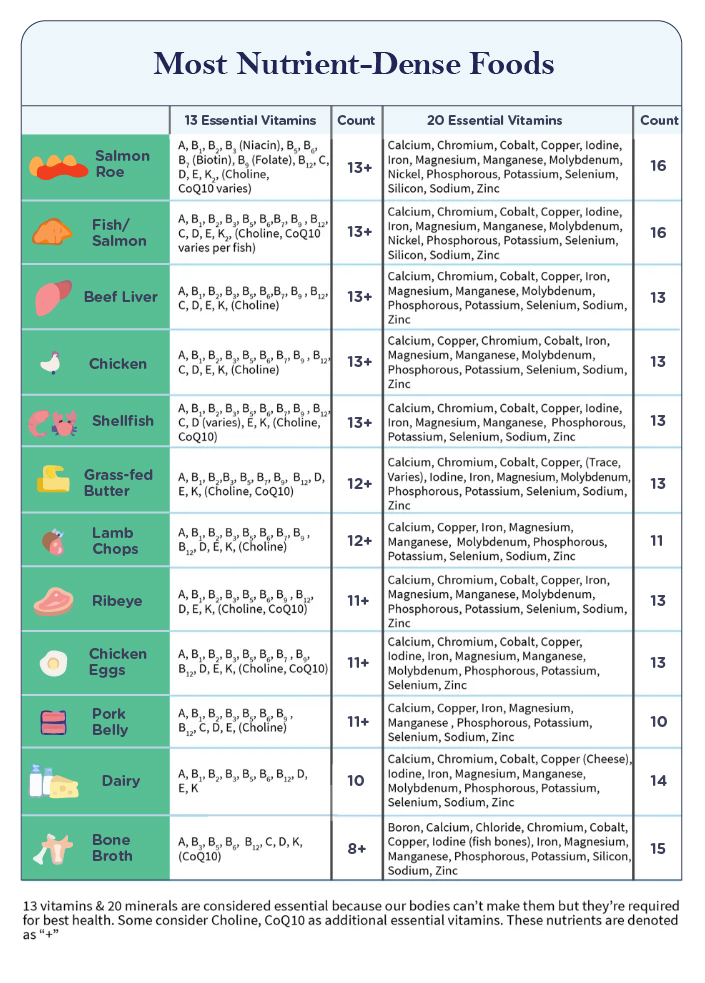 Compared to meat, plant foods are nutritionally paltry modern inventions. Cultivated plant foods only arrived on the scene after the agricultural revolution around 10,000 years ago. While most fruits, veggies, and grains we eat today are even more recent inventions of the last couple hundred years.

Though our bodies can derive some nutrients from cooked plant foods, plants also come with inflammatory and toxic stressors including: In short, eating only meat for a month means supplying your body with the nutrient-dense foods it is evolved to thrive on. While at the same time, you are eliminating modern “food” inventions associated with chronic inflammation.

It’s worth noting that chronic inflammatory diseases are the leading cause of death across the modern world. . In: StatPearls [Internet]. Treasure Island (FL): StatPearls Publishing; 2022 Jan-.”/]

Globally, 3 out of 5 people die from chronic inflammatory diseases, including :

Interestingly, these diseases are virtually non-existent in hunter-gatherer societies that get the vast majority of their calories from animal products. It’s no surprise that modern chronic inflammatory diseases are directly linked with modern diets and lifestyles. For this reason, they are often referred to as the “diseases of civilization.”

Viewed in this context, eating only meat for a month (or more) is a way to simulate an ancestral diet that can reduce the inflammation underlying most modern diseases. Where Did “Eating Only Meat for a Month” Come From?

Eating only meat for a month gained a lot of attention through the popular podcast the Joe Rogan Experience.

his early experience with going all meat for a month as an extension of the ketogenic diet. Baker’s experience inspired Joe Rogan to give it a shot.

It was also on the podcast that popular psychologist Jordan Peterson shared his and his daughter Mikhaela’s experiences with going carnivore.

In his forties, Dr. Shawn Baker, a competitive athlete, began experiencing joint pain and muscle loss. He exercised regularly and ate according to mainstream nutritional guidelines, but his symptoms persisted.

That’s when Baker began experimenting with high-fat low-carb paleo and then keto. Then in 2016 Baker experimented with eliminating all plant foods for a week. One week turned into two. He felt good and pushed it to a month. Feeling great eating only meat, Baker was curious about what it would be like to go back to keto by adding in greens and dairy. The result was he didn’t feel as good, so he quickly returned to total carnivore.

Since then, Dr. Baker has started a carnivore diet consulting company, and the rest is history. 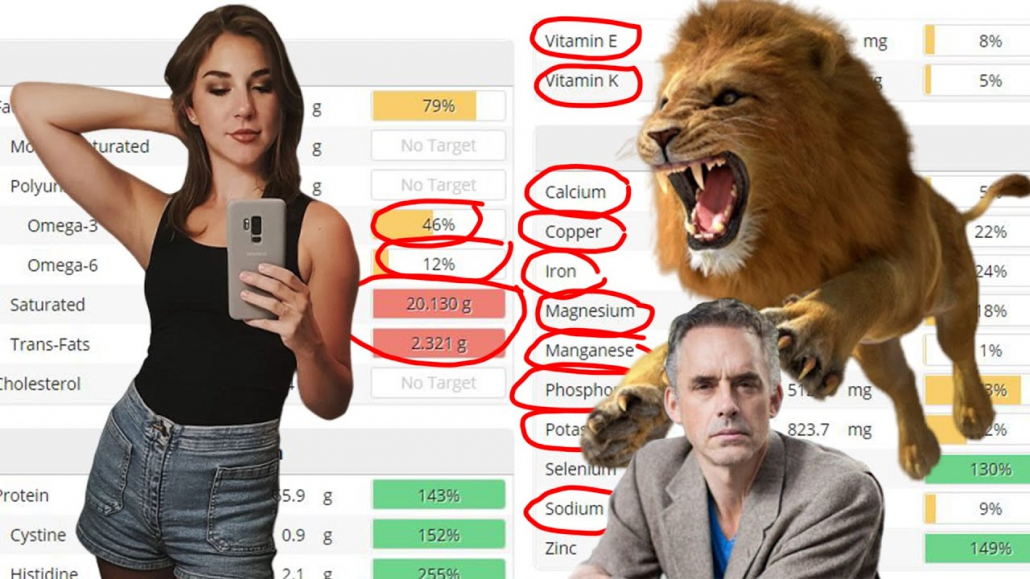 Perhaps the biggest reason for the popularity of eating only meat for a month is psychologist Jordan Peterson.

Peterson told Rogan that he credited the carnivore elimination diet for resolving psoriasis, digestive issues, and intractable depression. On the show he said, “I lost 50 pounds. My appetite has probably fallen by 70%. I don’t get blood sugar dysregulation problems. I need way less sleep…my gum disease is gone. Like, what the hell?”

Peterson suggests that you go all meat for at least two months. Granted, after the second month, he recommends adding in low-carb cooked greens.

Peterson learned about the Lion Diet, from his daughter Mikhaila, who has become a carnivore coach and popular podcaster in her own right.

He was especially interested in how it could help his autoimmune condition vitiligo.

He was careful to point out that you needed to get plenty of fat because “your body does not want a low-fat diet with low carbohydrates.” In short, a carnivore diet is essentially a version of the ketogenic diet.

In a post back in 2020 to his 16 million Instagram followers, Rogan described how eating only meat resulted in stable energy, weight loss, and improved mental health. Mainstream Research on Eating Only Meat

These personal reports from influential adopters are interesting, but should we believe them?

Research out of Harvard University suggests that we should.

In 2021 Harvard conducted a survey study of 2,029 people eating only meat for at least six months.

Based on the data, researchers concluded that “Contrary to common expectations, adults consuming a carnivore diet experienced few adverse effects and instead reported health benefits and high satisfaction.”

The study revealed the following results: Shawn Baker’s company Revero conducted a survey of its own, collecting feedback from 12,000 people practicing a carnivore diet for at least three months. Eating Only Meat for a Month: The Bottomline

Eating only meat for a month is also known as the carnivore elimination diet, or “Lion Diet.”

First popularized by Shawn Baker on the Joe Rogan Experience podcast, it was soon picked up and trumpeted by other influential early adopters.

These benefits can be attributed to the fact that ​​animal fats, muscle, and micronutrients provide the foundation of healthy cell structures and hormonal regulation.

Plant products and carbohydrates are non-essential. And likely cause more harm than good. They expose the body to antigenic stressors, including excess fiber, carbs, and naturally occurring antinutrients and toxins. These plant food factors damage tissues and promote chronic inflammation–the roots of modern diseases.